Don’t Look in the Mirror

I knew the history of that house, but it was the only cheap one in that area. The owner was, actually, very happy when she handed me the key. As if a weight had been lifted off her shoulders.

I was a student; first year in college. From the first moment I stepped foot in that house, I felt another presence lurking somewhere in the dark. I didn’t care, but on second thought, I probably should have left running and never go back.

That day, I didn’t do much. I unpacked my things and cleaned the house. It was much cleaner than I expected it to be.

At night, before going to sleep, I went to the bathroom and washed my teeth. I noticed the light flickering above the mirror. I didn’t pay attention the first time. The second time, it was even more intense. The third, it completely turned off.

Then, I saw a shadow inside the darkness of the mirror. I could distinguish a female figure, but, when I saw her coming closer, I averted her gaze and ran out of the bathroom. I lay on my bed and covered myself up to my head with the heavy blanket. My heart was racing fast and my whole body was shaking. I heard footsteps walking along the big corridor. Slow and scary. Whatever that thing was, it didn’t enter the room. I felt it standing at the door and staring at me sending chills down my spine. After a while, I fell asleep.

I didn’t dare to look in the mirror again. The light was working properly, but I wouldn’t approach the bathroom when the darkness prevailed. I would stay in that house, until I finished my studies. I had no other choice. I had to adjust to the circumstances.

One day, late at night, I was sitting in my bed reading one of my favorite books. Three knocks were heard from the bathroom. I ignored them once, but then, they started getting louder. I took one of my slippers in my hands. I couldn’t find anything else, thanks to my panicking. I held it tight, with trembling hands and went closer to the bathroom.

I took a look inside. Nothing. Dead silence. I walked two steps closer. Three knocks again. My curiosity made me look in the mirror. So, that’s where that sound came from. I let go of the slipper, but then, the female figure appeared again. It was a girl near my age with long, wavy hair. She had her eyes closed. Suddenly, she opened them and I felt like my heart was about to stop. She didn’t have eyes. Instead, she had two black holes, from which fresh, red blood was running down her white cheeks. It started flowing out of the mirror and into the sink. I looked at her again. It seemed to me that she had come closer. A loud scream pierced my ears, as soon as she opened her mouth and moved threateningly towards me. My heart was beating loudly. I took a step back, but stumbled upon the bathtub and fell, hitting my head and losing my consciousness.

I woke up late the next day with an unbearable headache, but the first thing I did was get out of the bathroom. I closed the door and went to the kitchen. Then, my phone rang.

How could I tell her the house is haunted? Like she’d ever believe me.

Indeed, this house was haunted. Many years ago, a student came to live here, so she could be near the university. She was very beautiful, but not really good with words. One of the boys asked her to be his girlfriend, but she refused and sent him a letter to apologize. The young man was upset with this move and went to her house the next day. He locked her in the bathroom, raped her and pulled her eyes out with his bare hands. Then, he threw her into the bathtub, filled it with water and drowned her.

The crime was forgotten and everyone believed she had committed suicide. Every evidence was hidden and every mouth, shut, as the young man who killed her was the University headmaster’s son. However, a few years later, the young man was found dead in his house’s bathtub, with his eyes removed.

I was starting to get scared. I knew I wasn’t safe. A sudden chill run down my spine. One by one, all the lights in the house started to break. It was already dark outside and I couldn’t see anything. I wanted to find a knife. I was looking for it with my hands, but I couldn’t find it.

The bathroom door opened wide. I looked over there, horrified, but I saw nothing. A shadow approached me in the darkness and stood before me. Within seconds, the shadow grabbed my hair and dragged me to the bathroom. Screams of agony escaped from my mouth, but no-one listened. I saw a hand come out of the mirror and grab me by the neck. I couldn’t react. She was suffocating me. I looked through the mirror again. Her whole body started getting out, until I could see her in front of me. Her nightgown was wet and bloody. She may not have had eyes, but she could certainly see me.

She didn’t speak, but she started laughing hysterically, with a laugh that made you shiver.

I shuddered. I saw my life slipping through my hands. The creature pushed me into the bathtub and opened the tap, filling it with water. With all the strength I had left, I tried, in vain, to fight it and get out of there. I couldn’t. The last thing I saw was the creature’s two rotten hands approaching my eyes. I started screaming in pain, when it pulled them out. The water didn’t take long to erase my voice and enter my lungs. Only then, I could feel that the creature’s presence disappeared from the house.

Now, it was me behind the mirror. I was anticipating the next person who would stay here. I thought that, maybe, I deserved it. After all, I was the daughter of the man who killed her. 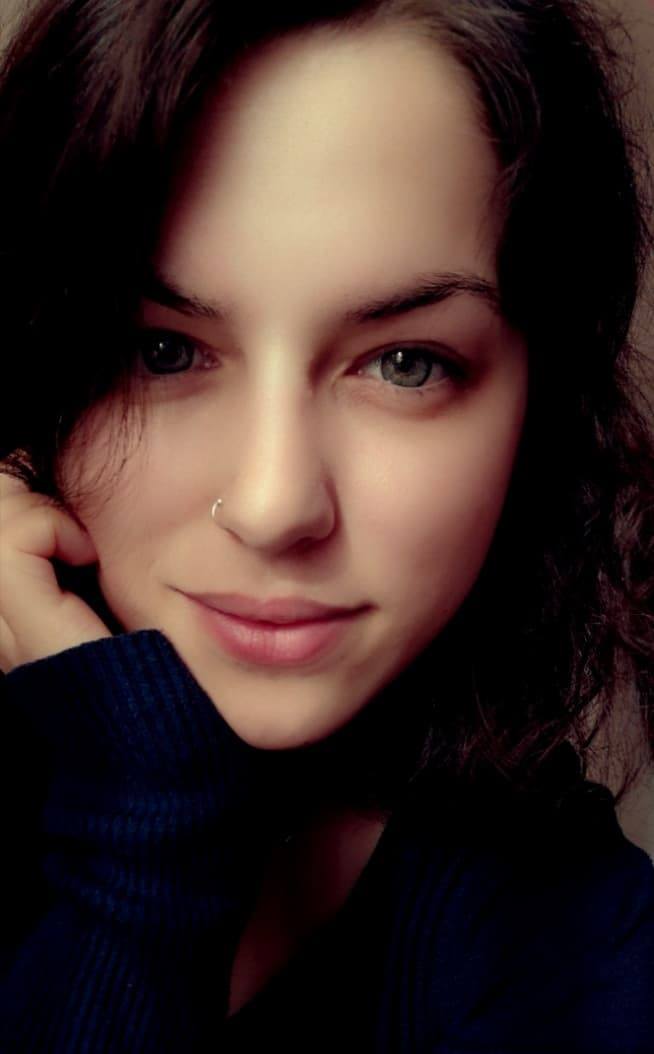