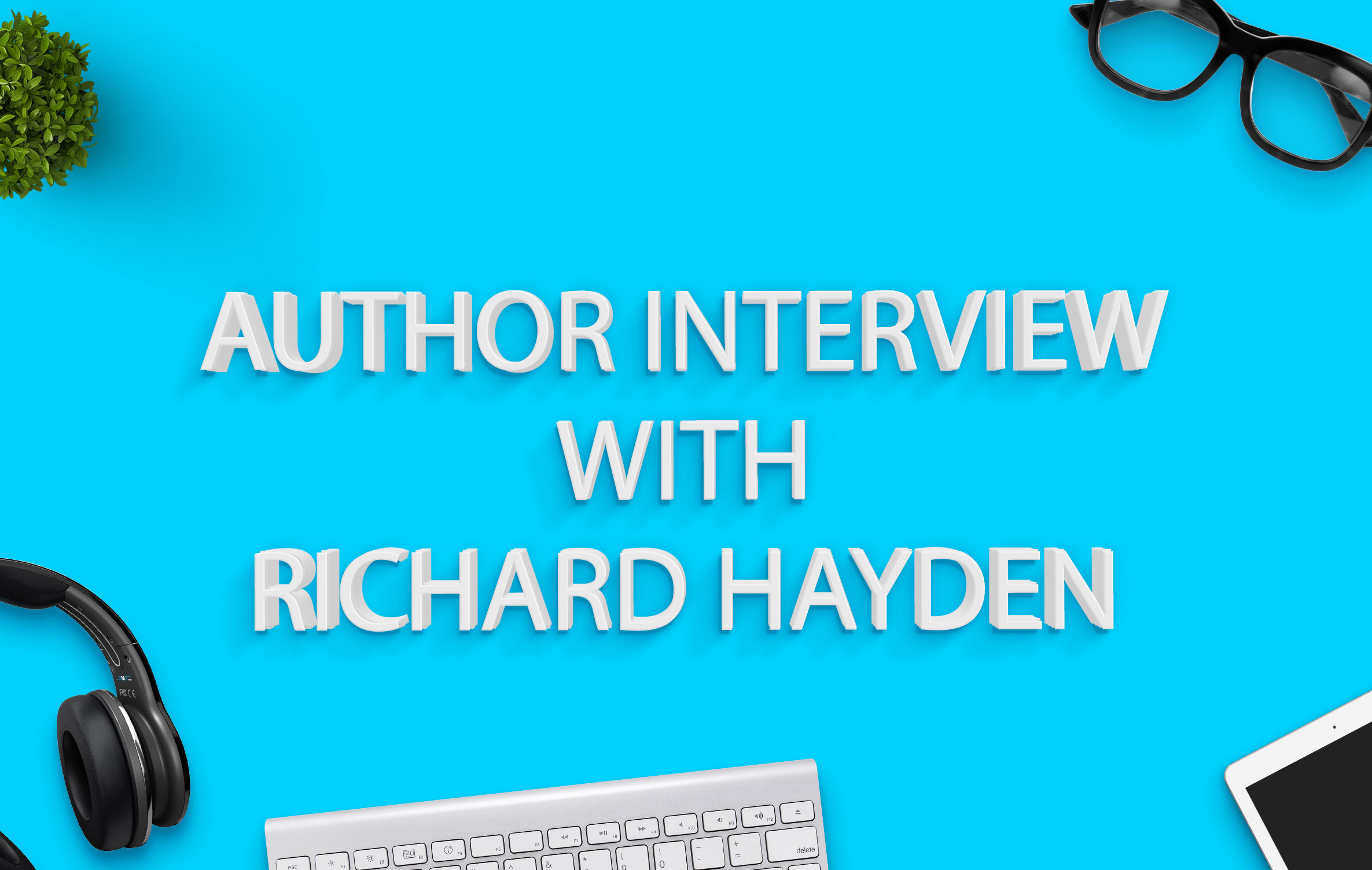 At the time of writing The Book of Imaginari (it began in 2019), Richard lived in the village of Mow Cop where it is set. He would often visit the folly and look out over the surrounding areas – it is this that led him to the inspiration for Imaginari.

Part one – The Folly On The Hill – took around four months from concept to first draft, with parts two and three taking a similar amount of time afterwards, they are coming soon.

The book was written for pleasure, creating it would fill his spare time and this opportunity was increased massively during the pandemic of 2020 – the goal being to create something that at least one person would find and enjoy reading it.

Let him know what you think of Imaginari, he can be contacted on Twitter and Instagram (@R_C_Hayden) and on Facebook (Richard Hayden Author, @rchaydenauthor), he would love to hear what you think of the story.

1) Have you always wanted to be a writer?

Have I always wanted to be a writer, no, never thought I had the attention span or focus to do it. When I was a young child, I wanted to be a train driver or a footballer, then that progressed into TV/film producer or director – that’s what I studied at college – TV and film. As for inspiration, I was inspired when I had the idea for Imaginari (my current books) when I couldn’t sleep one night in 2019 – I asked myself the question what happens to the sheep people count when trying to sleep, where do they go? And that led me to where do our imaginations go – and there we have it. I wrote chapter one the next day, and it hasn’t changed that much really – specifics and details (and typos of course) have but it is almost identical now as to that first day. Within a couple of weeks, I had created the overall story arc for Imaginari, very high level – key plot points, etc. – with no character names or anything. Then I started to write, and it flowed, I loved it. I had completed draft one of all three parts within about a year of starting, then came the many, many, edits. I wrote it for fun, it filled my spare time and it was an amazing feeling to keep this thing secret from the world for so long. Made it even more rewarding when I eventually released it to everyone.

2) What, in your opinion, is the most difficult part of the writing process?

If this counts as the writing process, then I’d say writing the “blurb”, then advertising/selling/promoting it. That is super hard because it feels like there is nothing coming back, very little reward short term, and all you can do is keep at it. There are so many books out there, getting yours seen, read, and appreciated is a mammoth task. I think the scariest part is when someone else reads your first draft for the first time – it is the same as sharing a raw part of your soul with them – you want them to be honest but also kind at the same time! It is no exaggeration to say that Imaginari would not exist without a group of a dozen or so others who helped with edits, changes, opinions, all sorts of support.

3) What is your preferred genre(s) to write? Is it different from the genre(s) you usually read?

I’ve only written young adult fantasy so far but have a Sci-Fi in development – I’d say I read mostly young adult, though my favourite book is Hitchhikers Guide To The Galaxy – which is Sci-Fi.

4) What is your book about?

Imaginari is a world built on the foundation of our imaginations, everything we as humans think, imagine or create in our minds is created there. Within that world are beings that exist independently from our minds, they can also create and do anything, but they cannot physically touch or interact with any other part of the world. A world of pure creation, but none of it physical. Some of them want physical form, and they are willing to destroy our world to get it. The Book Of Imaginari has three parts, each exploring a different concept and ideal around this, the base of the overall story though is that our world is at risk, if they carry out their plan then all the energy, imagination, life force, and power from our world will vanish. Part One, The Folly On The Hill, takes place in the village I was living in when I had the idea, the folly is real, the hill is real, and because of that, I feel a real connection to the story and the characters. Parts two and three are also written, but no spoilers will be revealed here…!

5) Do you have a favorite character from the ones you created? Tell us a few things about them.

The main character in Imaginari is Eleanor, Ellie, a teenager whose fate was ordained centuries ago. All she wants is a normal happy life but is thrust into a position where the fate of our entire world rests on her shoulders. She grows a lot over the story, exploring her own personality and purposes as she does so. Like many heroes, she is reluctant at first but is willing to do what it takes to protect her family and friends. I am also very fond of the friends she makes when moving to the village, I have been in that position – the new person – and it is unfortunately too easy for groups and peers to ignore you or freeze you out. They didn’t, they welcome Ellie and took her in, this is crucial to the development of all of them as people as well as the story.

6) What does success mean to you?

I wrote for the pleasure of writing, success for me was for one person that doesn’t know me or have any connections to me to find the book, read it, and like it – anything else was a bonus. Obviously, I want it to be loved and treasured, it is important to me, but I am happy to say that I have achieved that goal. Part One has been sold in America, Germany, and Australia – and the reviews, so far at least, have been positive. Since publishing the book has spread wider than I could ever have hoped, but what’s even more amazing is the messages, reviews, and comments I have had from people I do not know – so I’m marking it down as success based on at least one person finding it and liking it!

You can find author Richard Hayden and his work on: